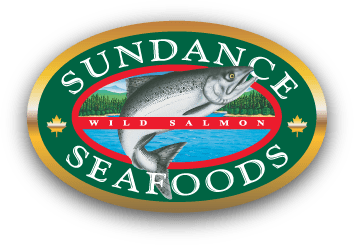 22 Oct Press Release – Salmon That’s Out Of This World

Posted at 19:02h in News by designedge

When we initially think about a flight to outer space, the last thing that might pop to mind is “what’s for dinner?”, but over the past few decades dining in space has evolved from relatively inedible food substitutions to gourmet cuisine. In the 1960’s, astronauts depended solely on semi-liquid pastes that were squeezed from tubes. Compare that to today’s delectable meals prepared by celebrity chefs like Emeril Lagasse and we can truly see the monumental change. So when Canadian seafood company, Sundance Seafoods Ltd., was approached for a second time to send some of their products to space, President Michael Denike felt truly honored.

Sundance Seafoods Ltd., West Coast Select, has one of Canada’s best selection of wild Pacific smoked salmon and seafood products. In 1990 the company began in Michael’s home, and since then has grown in leaps and bounds over the past 22 years to become one of the largest wholesale distributors in North America. The company’s product line can be found at luxury retailers across Canada and at major Canadian airport stores and travel retailers.

The Canadian Space Agency contacted Sundance Seafoods Ltd. as they recognized that their West Coast Select salmon jerky had been requested previously by Canadian Astronaut, Robert Thirsk. This will be the second time that West Coast Select soft-chew salmon jerky is sent up with the astronauts during their upcoming December 2012 mission to space. Each stick of jerky also contains a serving of omega 3 fatty acid which is beneficial for digestion, high blood pressure, and metabolism – to name just a few things. West Coast Select salmon jerky comes in both regular and peppered hot varieties and is the perfect snack when you’re on the go in your daily life, or headed for outer space!